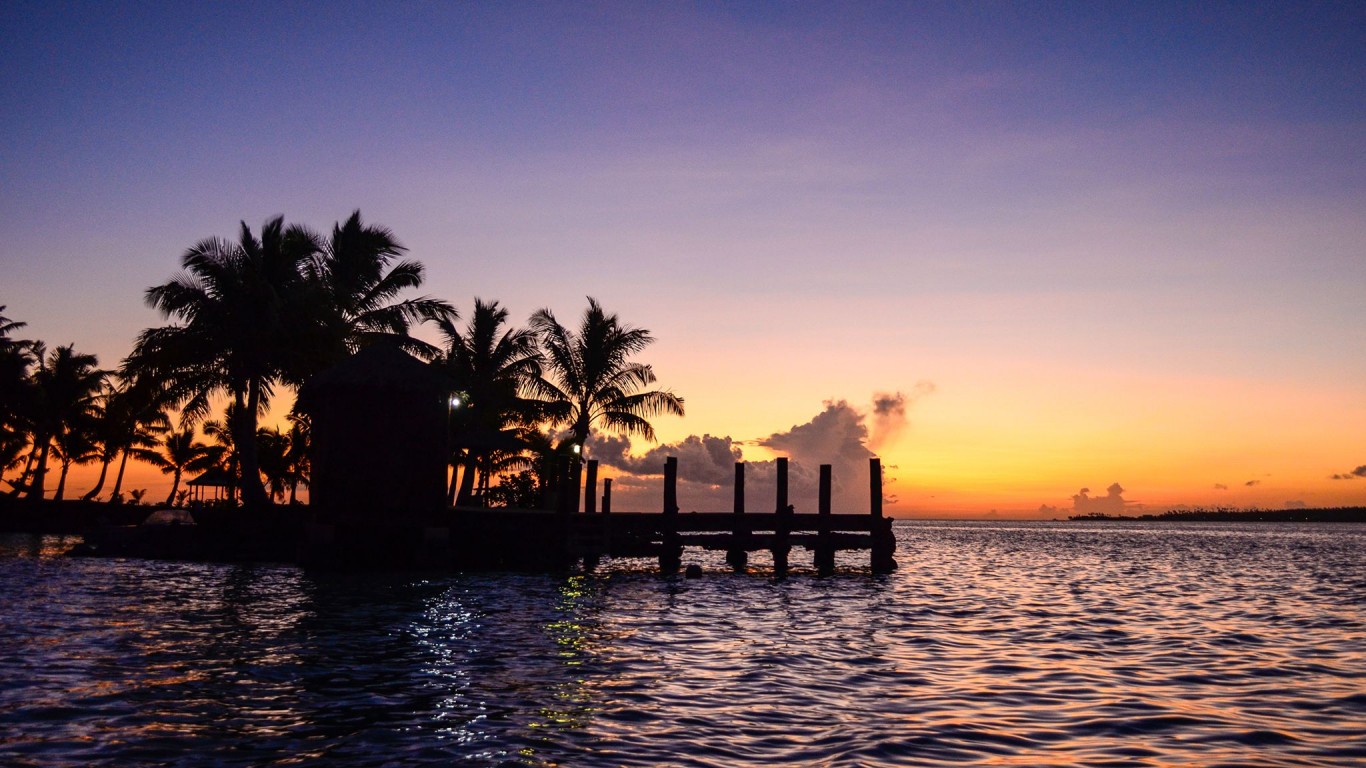 Evidence suggests that Western Samoa was inhabited as early as 1000 B.C., but Polynesian oral histories and traditions do not go back beyond A.D. 1250. Samoan contact with Europe began with a visit by Dutch navigator Jacob Roggeveen, yet contacts did not become intensive until the arrival of English missionaries under John Williams in 1830.

Between 1847 and 1861, the United Kingdom, the United States and Germany established consular representation at Apia. Intrigue and jealousy among these representatives and the Samoan royal families reached a climax in 1889, when the signing of the Final Act of the Berlin Conference on Samoan Affairs brought Samoan independence and neutrality. Malietoa Laupepa was recognized as King. After the death of King Laupepa in 1898, a dispute over succession to the throne led to the adoption of a series of conventions, whereby the United States annexed Eastern Samoa and Germany took Western Samoa. The United Kingdom withdrew its claims in return for recognition of its rights in other Pacific islands.

In 1914, following the outbreak of war in Europe, New Zealand's armed forces occupied Western Samoa. In 1919, New Zealand was granted a League of Nations mandate over the territory. By the Samoa Act of 1921, New Zealand made provisions for a civil administration, and progress was made in education, health, and economic development. However, some of the New Zealand Government's measures were unpopular with the conservative Samoans, and a resistance movement based on civil disobedience lasted until 1936. Steps taken by New Zealand toward a more effective representative Samoan administration were interrupted by World War II.

In December 1946, Western Samoa was placed under a U.N. trusteeship with New Zealand as administering authority. The Samoans asked that they be granted self-government, but this was not accepted by the United Nations at the time.

From 1947 to 1954, a series of constitutional advances, assisted by visits from U.N. missions, brought Western Samoa from dependent status to self-government and finally to independence. In 1947, a Legislative Assembly was established in Western Samoa.

In March 1953, New Zealand proposed a quickened pace of political and economic development, and a constitutional convention representing all sections of the Samoan community, met in 1954 to study proposals for political development. Most of its recommendations were adopted by New Zealand and governed the territory's evolution toward cabinet government.

In January 1959, a working committee of self-government, empowered to work out a draft constitution, was established with New Zealand's approval. Cabinet government was inaugurated in October 1959, and Fiame Mataafa F.M. II became the first prime minister.

In August 1960, a second constitutional convention produced the constitution adopted in October 1960 and other important recommendations. At the request of the United Nations, a plebiscite was held in May 1961, and an overwhelming majority of the Samoan people voted for independence.

In November 1961, the U.N. General Assembly voted unanimously to end the trusteeship agreement.

In the year 2002 - Controversy over the name of this great independent country and the separation of a proud people, Parliament renamed "Western Samoa" to comprise a single unit by adopting and establishing itself simply as the Independent Nation of "Samoa".

The People of Samoa

The people of Samoa are some of friendliest people with the most beautiful smiles you will ever see. Deeply committed to protecting the Fa’a Samoa (the Samoan Way), Samoans still live in traditional villages adhering to centuries-old tradition and culture. Most Samoans live spiritual lives and visit church many times a week. Visitors often wake to the beautiful sounds of a far-off choir just as the sun is rising.

There are many important cultural guidelines to follow in order to be respectful of the Samoan culture. Women should wear skirts or lava lava (sarongs) to town. Men are also encouraged to wear long shorts or lava lava. Some villages do not permit swimming or surfing on Sundays. It is always a good idea to ask before venturing out into the sea.

When visiting remote beaches and other attractions, you may need to cross private property. It is customary in Samoa to pay a small fee ($10 - $15 WST) to the owner of the property before or after passing. Generally it is best to give your donation to an adult rather than a child.

The roads that pass through Samoan villages are main gathering areas of society. It is best to drive slowly and respectfully through villages. You will see more of the village and receive many friendly smiles and waves in exchange for your consideration and respect.