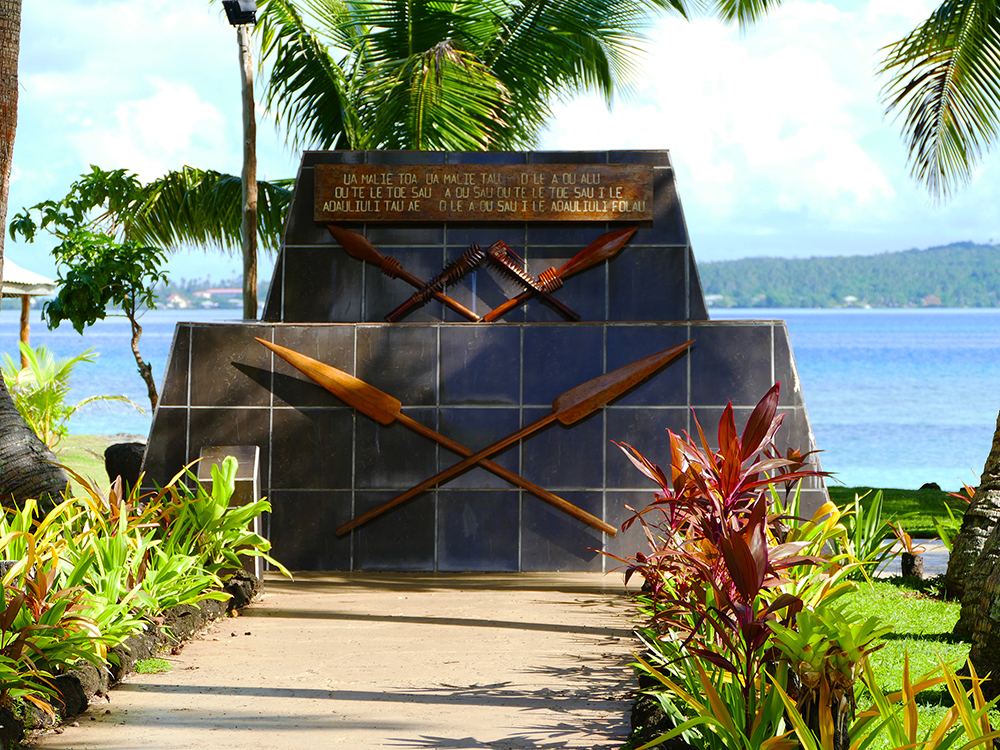 Le Vasa Resort sits in one of Samoa's most serene, seaside locations. However the tranquillity here belies the tumultuous event that took place on this prized spot nearly a thousand years ago: the final battle between Samoa and the might of Tonga after centuries of conflict.

That event is commemorated on the resort grounds by Samoa's most significant historical landmark - the Malietoa Memorial. Built to honour that seminal moment in Samoa’s history, the memorial is a reminder of the lasting respect between Samoan and Tonga to this day.

Samoa’s modern history is, in many ways, a tale of ‘western’ influence with European contact initiated in the early 18th century. Christian missionary work began in Samoa in 1830, author Robert Louis Stevenson lived in Samoa from 1889 until his death in 1894, and for 14 years from 1900 the country was known as German Samoa - evidenced by family names like Wendt, Schuster, Kronfeld, Wetzell, Rasmussen and Schmidt still evident in local phone books to this day.

Travel back more than 1000 years to around 900-950 AD, however, and you’ll discover that Tonga ruled these islands with a grip that would last some 300 years.

In the year 1250, however, local warriors fought back, forcing their Tongan rulers westward around Upolu, pushing them into the sea towards their ships and a moment that defined the nation.

After fighting from the sea, the Tongans retreated and their aging leader, Talakaifaiki, called out, conceding defeat and praising the brave spirit of the Samoan warriors. From the stern of a war-canoe, he addressed the victorious Samoans: "Malie To`a, Malie tau! Ou te le toe sau i le auliuli tau. Ae o le a ou sau i le auliuli folau." This translates as "Brave warrior, bravely fought! I shall return (to Samoa no more as a warrior but as your guest)."

From this historic utterance originated the reverential title ‘Malietoa’ - a name then given to the King of Samoa who liberated them. To this day, Malietoa is a state dynasty and chiefly title in Samoa.

Staff at Le Vasa Resort are always happy to showcase the Malietoa Memorial, and share more tales and legends of the land.

Visit Le Vasa not as a warrior, but as a guest, and write your own holiday legend.

Visit Le Vasa Resort's Reservations Page to design your vacation of a lifetime. Or write us here with any questions you have. We look forward to being of service.